5 Signs of Glaucoma You Can’t Ignore 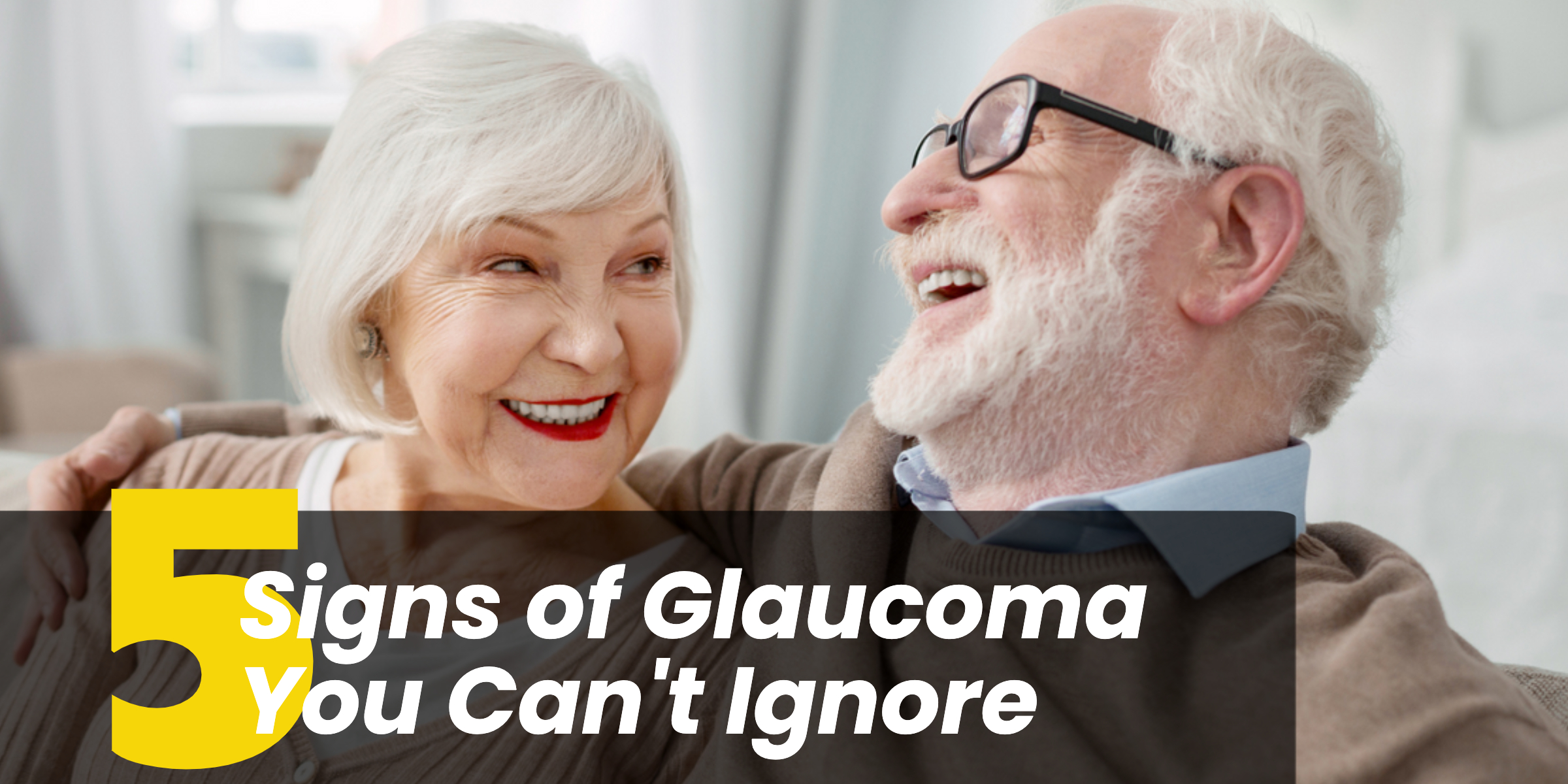 What Are the Different Types of Glaucoma?

There are many diseases that fall under the classification of glaucoma. Here is a list of some of the most common and what differentiates them:

Open-angle glaucoma (OAG) is the most common form of glaucoma, affecting approximately four million people in the U.S., many without knowing they even have it. The symptoms of open-angle glaucoma progress very slowly and develop gradually over time. Symptoms include blurry or patchy spots in your peripheral or central vision. In very advanced OAG, tunnel vision is common. OAG occurs when the angle at which your iris and cornea meet is normal, healthy, and wide-open. Your eye’s drainage canals become blocked or clogged and prevent proper drainage, which in turn increases pressure in your eye and causes damage to your optic nerve. Having regular eye exams will help identify OAG as early as possible and reduce long-term damage to your vision.

Acute angle-closure glaucoma (ACG), also referred to as narrow-angle glaucoma, is far rarer than OAG. The symptoms set in very quickly and require immediate medical attention from an ophthalmologist. ACG occurs when your iris bulges and blocks the drainage angle formed by the iris and cornea which leads to a buildup of pressure and subsequently damages the optic nerve. There is also a chronic variety of ACG which develops much more gradually, but through receiving routine eye exams can be caught early and treated before symptoms arise.

The Five Signs of AC Glaucoma You Can’t Ignore

If you are experiencing any of these symptoms, seek medical help immediately, as your vision is at risk.

There is still some debate among glaucoma experts as to whether or not normal-tension glaucoma (NTG) is a separate condition from OAG. Either way, NTG has features that are more common than with standard OAG. NTG sufferers typically lose vision in the center of their visual field, have hemorrhages in the small blood vessels of the optic nerve, and often have migraines and low blood pressure. It’s theorized this version of glaucoma is caused by a lack of blood flow to the optic nerve. Another thing that makes it stand out is the fact that this variation of disease does not require high pressure in the eye.

Symptoms to look for include:

Speak with an Ophthalmologist

If you or a loved one are experiencing symptoms of glaucoma, our highly trained specialists are waiting to assist. Call one of our convenient locations at 844-485-3202 or click here to make an appointment online.

Ready to request an appointment?  Make sure to choose the office location when submitting in order to more efficiently confirm the details.

Fill out the request form below.

Leading the Way in Vision Health

Visit one of the leading medical and surgical eyecare centers.

Ready to request an appointment?  Make sure to choose the office location when submitting in order to more efficiently confirm the details.

Fill out the request form below.